Sheep farming – a cultural heritage
Sheep farming is practised throughout Iceland, although it is most common in sparsely settled areas. About 2,000 farmers are engaged in sheep farming. Icelandic sheep are short-tailed and belong to a breed formerly common in northwestern Europe, but now only to be found in very few areas of the world. It is a strong, hardy race that has adapted well to Icelandic conditions.

Take a look at our YouTube video  and  Our Flickr
​​​​
Sheep breeding
Icelandic farmers, along with scientists, have been involved in sheep breeding for decades aiming to produce high-quality meat. The breeding is unique in that more than 90% of the sheep stock is registered in a breeding database where scientists and farmers can use the information to improve their production. From the beginning, the main emphasis in the breeding of the Icelandic lamb has been a higher quality of meat. The focus has always been on increased muscle build-up, but during the last two decades, farmers have put an equal effort into decreasing fat. These properties have changed dramatically, especially in the past ten years. Breeding advances have also increased due to the regular use of the country‘s best Rams for inseminations across the country.

Lambs are free range
A few weeks after the lambing in May; sheep are sent to run free and graze in mountain pastures until autumn, feeding on the rich and nourishing vegetation. Many farmers formerly allowed their sheep to graze in out- lying pastures over the summer months, but as a result of the recent reduction in flocks, animals are increasingly kept in home pastures.

Gathering in autumn
Farmers gather their flocks in the autumn. Usually, the round-up is carried out on horseback with the assistance of sheepdogs.
The process can take up to a week. During this time, participants stay overnight in mountain huts located throughout the Highlands. Each sheep farmer has his earmark to identify his livestock. After the gathering, the sheep are all sorted into designated pens, according to earmarks. Many people, farmers or not, come to watch or take part in this event on the last day, which usually followed by a big celebration the same night. This is a tradition cherished by Icelanders. 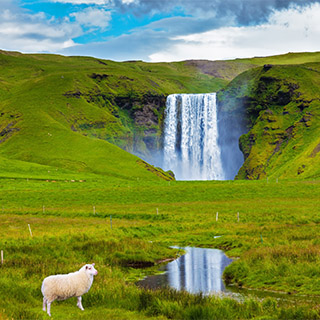 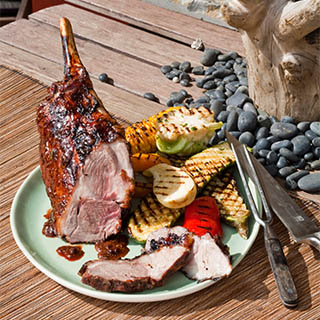 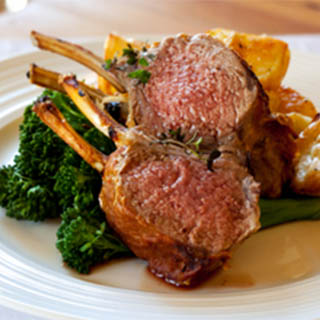 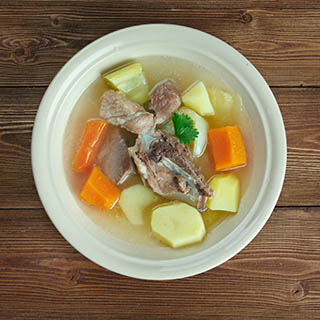