Sail with us in comfort for a unique opportunity to observe the colorful puffin among other beautiful sea birds. While cruising, you will see a lot of different seabirds and enjoy the exquisite view of Reykjavik and its surroundings. We have 100% success on Puffin sights.

Puffin (Fratercula arctica)
The Atlantic Puffin/Common puffin is a seabird species in the auk family. It feeds primarily by diving for fish but also eats other sea creatures such as squid and crustaceans. This bird has a curious appearance, a very colourful bill, striking piebald plumage and gentle eyes. The puffin has different nicknames in Icelandic such as the “ocean clown”, “sea parrot” and “priest”. The puffin is called “Lundi” in Icelandic and populates many of Iceland's bays, fjords, and islands.

Fulmar
The Fulmar is a common seabird on Faxaflói

Gannet (Morus Bassanus)
The gannet is the largest seabird in the North Atlantic.

Common Guillemot (Uria aalge)
The Guillemot comes to land only to nest, spending the rest of its life at sea. 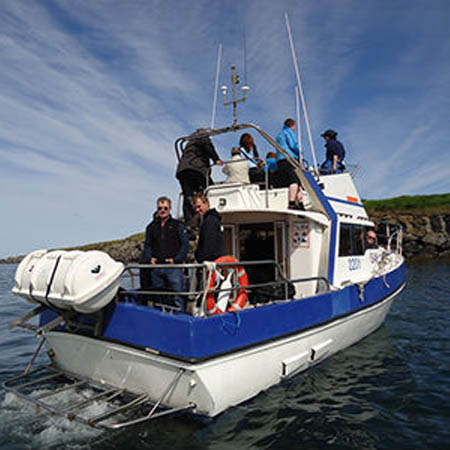 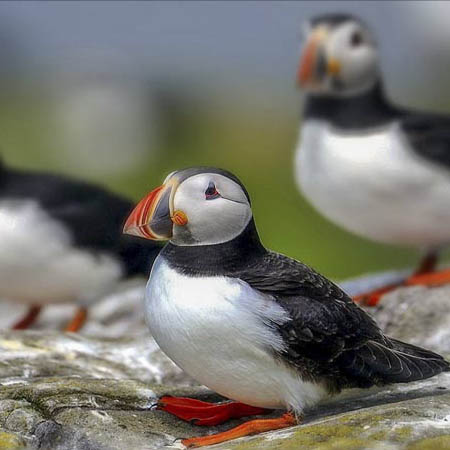 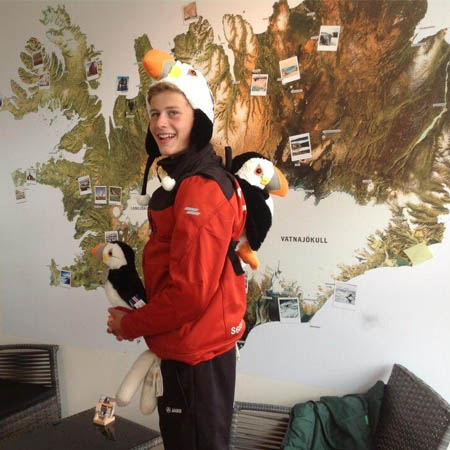 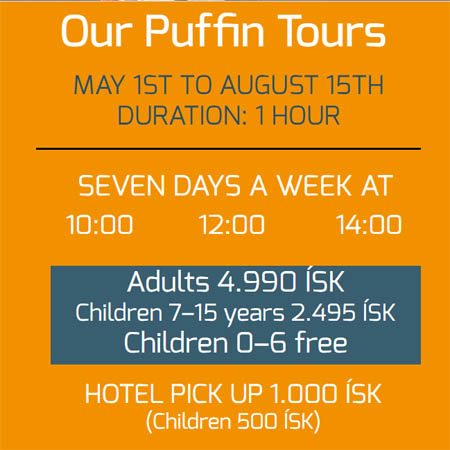