The Cabinet House (Stjórnarráðshúsið) has carried a few names since it was built as a prison during the period 1765-1770. Now the house is occupied by the offices of the prime minister.

The offices of the president of the republic were moved there in 1973 and remained there until a political opponent of the prime minister was elected president in 1996.

The statues in front of the house are the work of the sculptor Einar Jónsson from the years 1915 and 1931. One depicts King Christian IX handing over the constitution in 1874, and the other Hannes Hafstein, who became the first minister of the country in 1904. 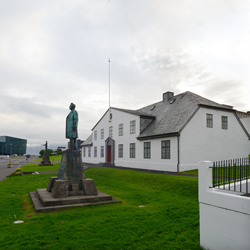 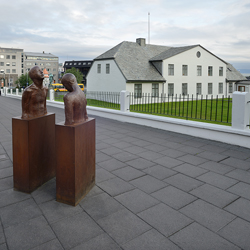