The Icelandic Folk and Outsider Art Museum were founded in 1995 by artist Níels Hafstein and his wife Magnhildur Sigurðardóttir, who is a psychiatric nurse. The museum is located in North Iceland, at Svalbarðsströnd (about 10 minutes’ drive from Akureyri). It consists of two adjoining vintage buildings with local history, one being the former elementary school and community centre, while the other was built in 1900 to house the district’s first coop.

The museum was reopened after renovation in 2007 with 10 separate galleries of various sizes, altogether 500 square metres of exhibition space. For over 30 years the museum’s founders have been passionately committed to collecting artworks by artists who have hitherto been seen as outside the cultural mainstream, often also called naïve or brut.

The Icelandic Folk and Outsider Art Museum is a unique art museum in Iceland, initially collecting artworks by all major contemporary folk artists and autodidacts in Iceland, whose works form the core of the collection, while also gradually acquiring an excellent selection of art by professional artists. The base collection consists today of about 6,000 artworks by over 300 artists, dating from the mid19th century to present times. In addition, a special department was founded in 2015, consisting of 120–130,000 works by Þórður Guðmundur Valdimarsson [1922–2002], alias Kiko Korriro.

The Icelandic Folk and Outsider Art Museum have gained attention and recognition for its unique exhibitions and unusual approach, both in Iceland and abroad. Articles and reviews have been written and published in newspapers and magazines, among others the respected British magazine Raw Vision, dedicated to folk and outsider art, ITE in Fin-land, an art institute and publisher of books and magazines about self-taught artists, and DpiMagazine in Taipei, Taiwan, which showcases folk and outsider art from all over the world. In 2008 the Icelandic Folk and Outsider Art Museum were nominated for the Icelandic Museum Council Award, and in 2012 it won the Eyrarrós Award, which was founded to focus on and encourage cultural diversity, innovation and development in the field of culture and art.

An apartment at the Icelandic Folk and Outsider Art Museum is available to tourists. It is a 67 m2 apartment with private entrance, furnished and with a fully equipped kitchen. It can sleep 1–5 people.

Doll Collection
One of the permanent exhibitions is a collection of national costume dolls from all over the world. Visitors enjoy finding dolls belonging to their homeland, as well as learning about other nations.

Reading Room and library
Safnasafnið houses an extensive library, containing hundreds of books on international art and craft, and vast source material about folk and outsider art in Iceland.

Staying at Safnasafnið
Lovely apartment for rent, open area with kitchen, living room and sleeping quarters. Available accommodation for up to 3-4 adults and 2-3 children.

Free wi-fi and admission to the museum. Call or e-mail for availability.

When you drive along the east side of Eyjafjördur, on Ringroad 1 from Akureyri, in about 10 minutes you can spot one of the wonders of Icelandic museums where it cuddles up to the roadside above Svalbardsströnd. 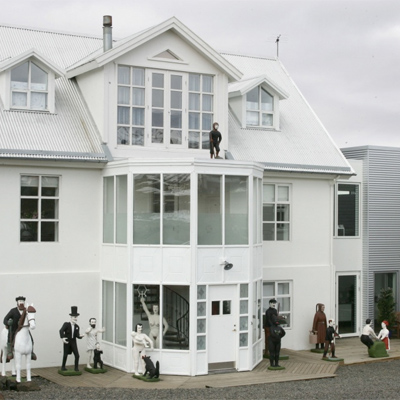 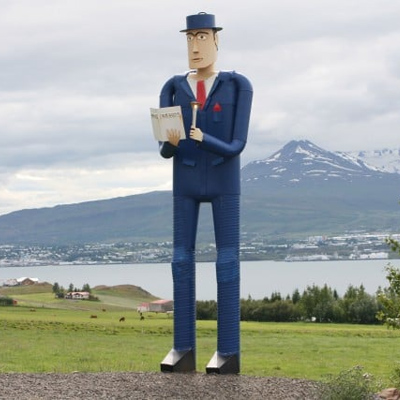 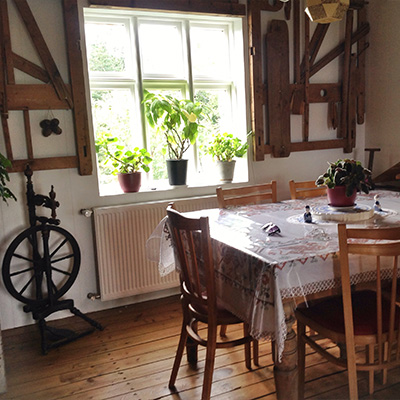 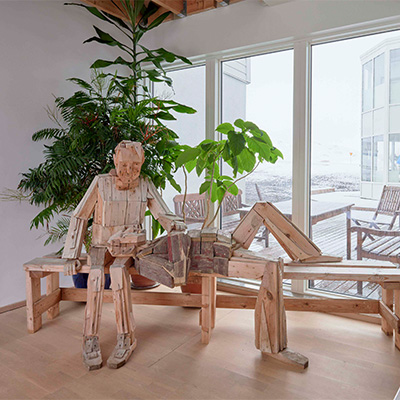