This museum and exhibition are from the occupation of Hvalfjörður, 1940 until 1945.

The unique and remarkable history of the occupation period in Iceland 1940 until 1945 unfolds at the War and Peace Museum.

Our exhibition tells the story of how a peaceful countryside was transformed, in the context of world events and its importance to the victory of the Allies in World War 2.

Here you can explore our high-quality collection of artefacts and feel the memories during this critical time of upheaval.

During your stop, you can relax in our cosy cafe house "The White Falcon", which serves light meals and Icelandic delicacies and check out our collection of souvenirs in the gift shop.

The area has many interesting places, such as Glymur waterfall, the church of Hallgrímur at Saurbær, Hallgrímur's rock, Vatnaskógur (Lake Forest), a whaling station and the hiking trails of Síldarmannagötur and Leggjabrjótur.

Hvalfjörður played a significant role during the second World War.

?The Allies had their naval base at the bottom of the fjord, with anchorage for their warships. Further, towards the sea were more anchorages and a stopping-place for the convoys en route to the Soviet Union from the USA and Great Britain. The world’s largest warships were a common sight here. These vessels protected the convoys from attacks by the German Navy’s battleships, based in Norway.

Convoys to the Soviet Union

For about eighteen months, from summer 1941, merchant vessels from Great Britain and the USA gathered in Hvalfjörður to sail in convoy’s north around Iceland to the Soviet ports. This was discontinued at the end of 1942, and after that, the convoys sailed directly from Scotland. The naval squadrons and their protection vessels, however, continued to stop off at Iceland, as before.

At the end of winter 1941, HMS Hood, a 48,000-ton British Navy battle cruiser, came twice to Hvalfjörður. Shortly after, along with the battleship HMS Prince of Wales, she took part in the hunt for the German battleship, the Bismarck. Hood sunk on the morning of 24th May 1941 after a hard sea battle with Bismarck and Prinz Eugen, deep off the Reykjanes peninsula. Of the 1,421 sailors aboard, only three survived.

Displayed at the War and Peace Museum is a 2.8-metre-long model of HMS Hood.

On the north shore of Hvalfjörður on the land known as Miðsandur and Litli-Sandur, the Americans built a base and fuel depot. Here, ships could stop and refuel and oil tankers, which accompanied the squadrons, could load their tanks and refuel the warships on the open sea. There was also a supply depot for ship repairs at this location.

On the southern shore of Hvalfjörður, at Hvammsvík, was the navy’s depot for ammunition and deep-sea mines as well as a Recreation Centre for the American sailors. A similar Centre was built at Hvammsey for the crews of merchant ships.

East of Hvammsvík, at Hvítanes, the British established a naval base, where amongst other things they repaired the nets which were laid from shore to shore at the mouth of the fjord as a defence against enemy ships and submarines and also laid a minefield at Hálsnes. At the base were storage depots, workshops, residential quarters, a hospital and other services for the fleet, as well as a cinema, shop, dining quarters and a recreation centre for the sailors. A great floating dock was located further in from the headland as well as repair and cargo vessels, which could raise the ships for repairs to the ships bottoms.

Further defence installations were also both sides of the fjord and powerful anti-aircraft guns at sites including Þyrilsnes, Hrafnseyri and Hvammsvík.

„The shepherd will tend his sheep, the valley will bloom again, and Jimmy will go to sleep? in his little room again.“

Towards the end of the war, when the Allies had gained the upper hand against the German submarine fleet, the number of ships calling at Hvalfjörður diminished. Gradually, all operations in and around the fjord were wound up.

The British Navy ran its naval base at Hvítanes until the end of the war when they evacuated. The minefield at Hálsnes was blown up in May and the submarine defence net, which had been stretched across the fjord, was sunk and its moorings cut.

A British oil company ran the oil depot, which the Americans built for the British, from the beginning of 1944. The company employed about thirty Icelanders, who were housed in the accommodation area at Miðsandur. At the end of the war, the Americans took over the depot before selling it to the Icelandic state treasury. 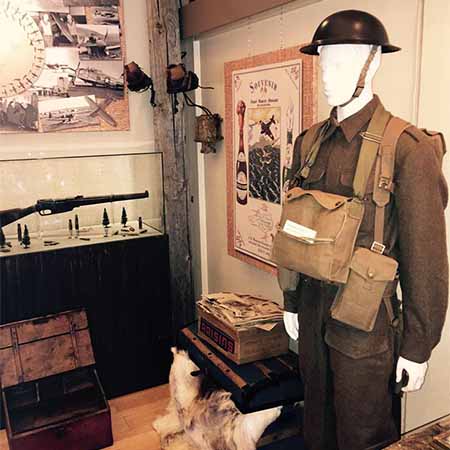 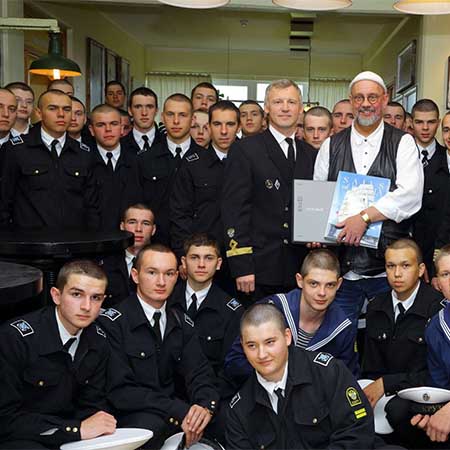 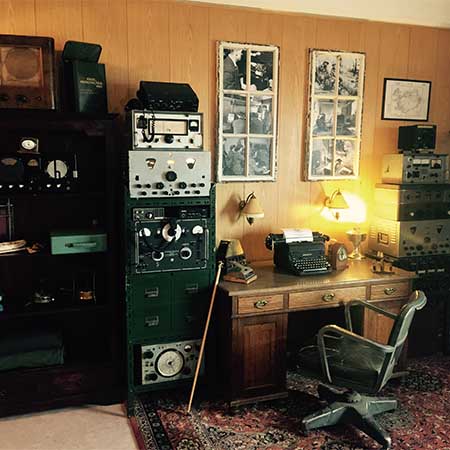 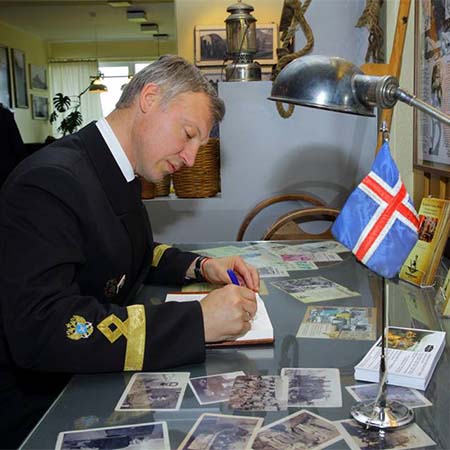